As most of us who are honest with ourselves already know, the world we have known is going to hell in a handbasket--environmentally, economically, and politically. The great unraveling has already begun (e.g. "Brexit," the rise of toxic nationalism and xenophobia throughout Europe and the Americas, and the rise of ISIS and other forms of toxic fundamentalism and sectarian violence through the war-torn Middle East, the acceleration of global climate disruption and its horrific consequences, failed states that have collapsed into chaos and violence, etc. etc.). It is bound to continue, accelerating as civil society disintegrates, and the symptoms of breakdown--craziness, terrorism, tribalism, old and new hatreds, poisonous cynicism, etc.--continue to be amplified and broadcast nightly by mass media and the Internet. Not a pretty picture.

But in systemic and ecological terms, this is the inevitable overshoot and collapse that is bound to result from a cancerous system rooted ultimately in the runaway, self-accelerating feedback loop: the Agricultural revolution,  dramatically accelerated by the Industrial Revolution (i.e. more and faster food leading to rapid population growth leading to the need to convert more diverse ecosystems into grain-based monocultures and the need for imperial conquest to seize yet more land and labor to drive the process). We stand now at the climax of this runaway loop--a planet that has been used up, and can no longer support the endless growth of production and consumption upon which the global tumor of industrial expansion depends. From here, there is no escape, it seems, from the hellish chaos of overshoot and collapse that has already started.

Or is there? As I continually tell my students, cancer has only two possible outcomes--death (systemic collapse) or spontaneous remission. The first is, of course, the most likely by far--there is no getting around that.  But the latter can and does happen, when somehow the cancerous cells "wake up" and are able to process, and act upon, the biochemical information that has hitherto been blocked--that they are, in fact, a part of the system they are consuming as a "resource" for their own self-accelerating expansion (the body). Whereupon they accordingly shrink back spontaneously and once again become functional elements within that system.  We don't know how this happens--we only know that it does.

So is it possible for the Cancer of the Earth--the global market economy and the social and cultural premises that support it--to go into spontaneous remission?  For years, my rather feeble short answer has been "I hope so."  But now I am more optimistic, for I have discovered a viable mechanism which, if propagated effectively, could conceivably trigger the spontaneous remission of our global cancer.

That mechanism is called the Permaculture movement. It is more viable than any of the myriad other ecovisionary ideas I have seen over the years because it is theoretically rigorous (based on systems theory), non-ideological (i.e. there is nothing you need to "believe" or commit to philosophically that cannot be proven scientifically and demonstrated in practice) yet eminently pragmatic, teachable, scalable (from homes and backyards to whole farms, communities, cities or states), adaptable to any and all bioregions, open to, and encouraging of, continuous feedback and innovation, and consistently proven viable in practice.  Sound too good to be true? Check out this hour-and-a quarter introductory video by Geoff Lawton, the charismatic Australian permaculture teacher who has now gained a global following, as he lays out the basic design principles, and shows how well they work in practice. It is no wonder that the Permaculture movement has now spread around the world, although--for obvious reasons--it is well below the radar of Glomart media.

Having immersed myself in Permaculture theory this past year, I am more and more convinced that it is the master key to spontaneous remission of our global cancer. The challenge is, of course, in how to propagate this brilliant, adaptable, scalable, and innovative way of thinking, designing, and practice--before it is too late.

Here is one possible approach.

--we convene our own circle of students or anyone else interested. I will call mine "Dharma Gaia Circle," of course, reflecting my own interest in the deep connection between Buddhist practice and ecological thinking and action. But Christians could call theirs "Mustardseed Circles" and Jews could call theirs "Tikkun Circles," for example. ) We then predicate the circle on cultivating, in ourselves and others, practices that promote the health, competence, and resilience of ourselves, our communities, and our planet.

--In my Dharma Gaia circle, I would focus the efforts of the circle on three interrelated disciplines: Tonglen, Satyagraha, and Permaculture:

1. Tonglen--starting with basic meditation and advancing to the active cultivation of compassion or Ahimsa.
2. Satyagraha--the integration of the three Gandhian disciplines--Ahimsa, Satya, and Swaraj--as our tool for promoting the values of compassion, truthfulness, and self-reliance among our peers, and taking strategic, nonviolent action against all forms of evil and oppression.
3. Permaculture--the deliberate cultivation of self-reliance, coupled with ecological responsibility (Earth Care), social compassion (People Care), and redistributing the surplus (Fair Share).

My idea is that the teaching and propagation of meditation practice, beginning with the basic practice of breathing, observing, and letting go, could form a solid and proven foundation of the self-healing which is the essential prerequsite to nonviolent noncooperation with evil (Satyagraha) and creating an adaptive, compassionate, and ecologically intelligent new culture from the ground up (Permaculture) to displace the cancerous Glomart culture as it goes into convulsions and collapses all around us. Christians could employ their own approaches, along the same lines, to what Martin Luther King called "self-purification."


--In this way, we all would integrate Vertical Healing (of body, mind, and spirit) with Horizontal Healing (self-community, planet),  based on what I call the Gaian Categorical Imperative: to assume responsibility for the health, competence, and resilience of ourselves, our communities, and our planet simultaneously.

Your views on non- violence (ahimsa) and truth (satyagraha) ring true in the practice of permaculture . Permaculture is yoga for the environment . It brings us as individuals and communities into balance . Thanks for your insight

Permaculture Design is the foundation for regenerating the Earth : One garden at a time. Our dharma as a collective is to bring back the biodiversity of life into resilient , thriving communities via Earth care, people care and share the profits . It is always win win! It exemplifies Ahimsa, Satyagraha and a love for Gaia rather than exploiting resources to increase shareholder wealth . Ubuntu or contributionism is another way of life to explore .....

Thank you for your thoughtful and supportive comments. I very much like the idea of Permaculture as "yoga for the environment" (although I always prefer the words "earth" or "Gaia" rather than "environment" since the latter term is born of the old, discredited epistemology that locates nature outside of, and on the periphery of, the human world.) Gaian consciousness--and its concrete expression in Permaculture--displaces this flawed man/nature dichotomy by firmly locating humanity within the natural world, including the recognition that the natural world itself starts with our own bodies! 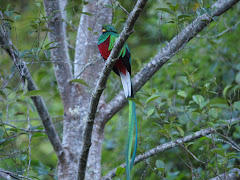 Tom Ellis
I am a recently retired professor of English at Tidewater Community College, now living in Oregon. I am an avid reader and gardener, a practicing Buddhist, and a Gaian humanist philosopher.